Torre del Lago Puccini is a small "corner of paradise" as Giacomo Puccini called it "Sunny beaches, cool pine forests, the lake always calm." Famous holiday destination for the famous Puccini Festival which is held every year at the Puccini Theater built on the shores of Lake Massaciuccoli.

Its name originates from a tower that in the fifteenth-sixteenth century stood on the nearby lake of Massaciuccoli (first called Torre Guinigi and then Torre del Turco). To the original name was added, on December 21, 1938, that of Puccini, to honor the composer who lived here most of his life and composed many of his famous operas. His residence, Villa Puccini, stands on the belvedere of Lake Massaciuccoli and houses the composer's tomb. The villa can be visited and is a destination for tourists and opera enthusiasts from all over the world.

Torre del Lago is a few km from viareggio and is also famous for the international festival dedicated to maestro Giacomo Puccini which takes place every year in summer at the Puccini theater on the lake where the most beautiful works composed by maestro Puccini come to life musically: Manon Lescaut (1891), La Bohème (1896), Tosca (1900) Madama Butterfly (1904) The Maiden of the West (1910) La Rondine (1917) The Triptych (1918) and the Turandot.

The city of the Puccini festival is located a few km from viareggio immersed in the coastal scrub of Lake Massaciuccoli, bathed by the beaches of the Tyrrhenian Sea and protected behind by the peaks of the Apuan Alps. 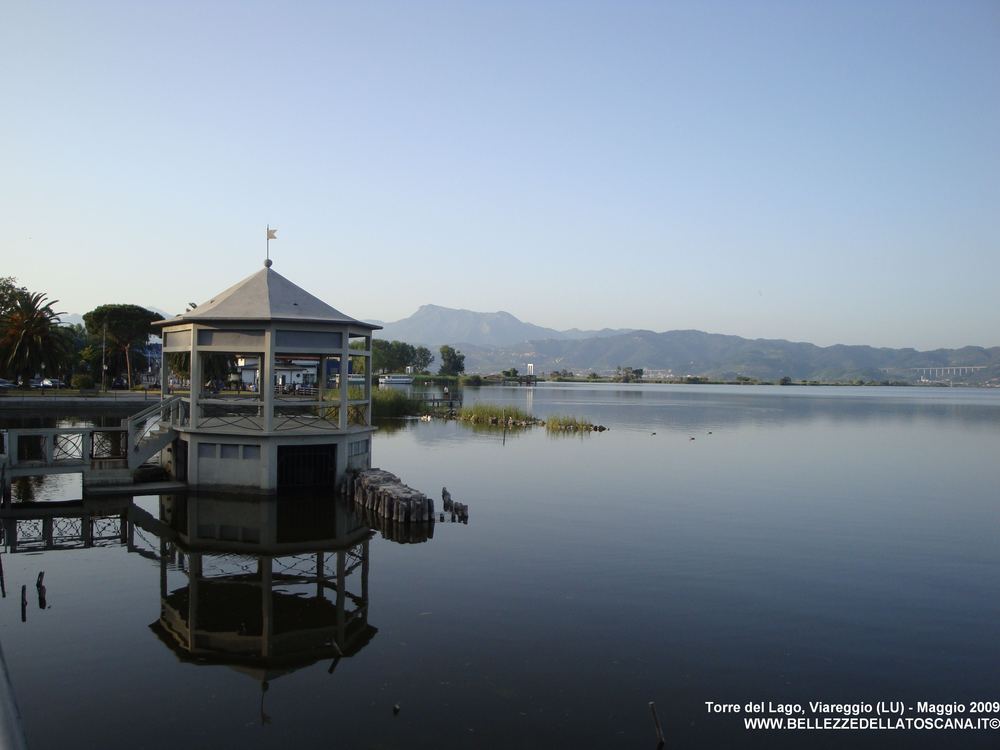 In Torre del Lago, a few meters from the villa of the great composer Giacomo Puccini, an ecological navigation service offers trips to Lake Massaciucoli and the marsh, within the Migliarino-San Rossore-Massaciucoli Natural Park, an area protected by the W.W.F. and by the L.I.P.U. Guided tours allow you to closely observe floristic species of particular interest such as the marsh orchid, the pink hibiscus and the florid fern. Lake Massaciucoli is also an important migratory station for numerous species of birds that find natural refuge in the calatini, the small canals among the reeds, and in the clear, shallower waters. On the banks, several equipped huts allow birdwatchers to immerse themselves in the nature of the park. For lovers of fishing and photography there is the possibility to rent safe rowing boats and pedal boats.

The Torre del Lago beach is divided into two parts, the first with well-equipped bathing establishments for relaxing on the beaches and the second more natural is equally known: the coastal strip called Lecciona is one of the last Italian beaches that still maintain their natural state. It is located in the park of Migliarino (and San Rossore) and does not have any equipment: it should be noted that in any case a surveillance service is guaranteed by the municipality during the summer. pioneer of the dune environment, they host many animals, such as fratini, small birds that nest among those plants.The best time to cross this area is at the end of spring, when the camuciolo is in bloom and the dunes are all delicately dyed yellow clear, immersed in the characteristic scent of these plants mixed with brackish. However, this wonderful intoxicating scent remains throughout the summer season.

Torre del Lago is also famous for its marina, very popular especially in the summer, for the presence of restaurants and discos, for the sparkling nightlife and for the Lecciona beach. Torre del Lago is the fulcrum of the Friendly Versilia project, the main and best known Italian gay tourism experience.